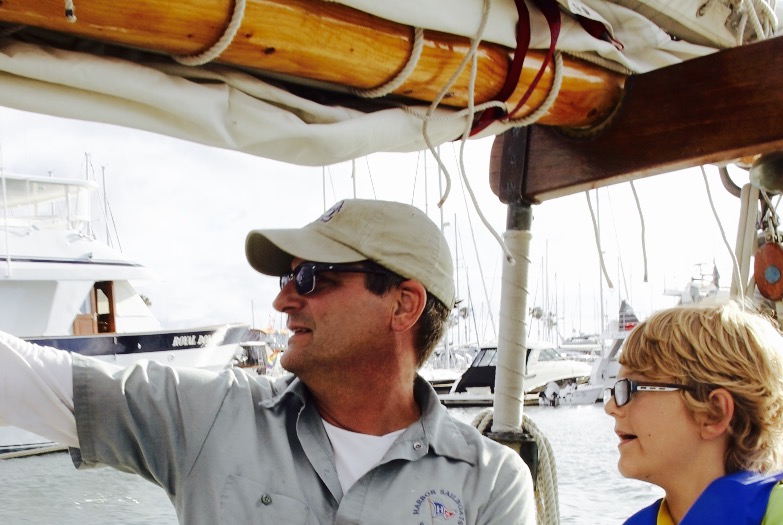 One thing you will find in the boating world is that it has a vocabulary all its own. Why is that? Speculation is that over the centuries, mariners were isolated for months and even years at a time, so they developed a common language somewhat independent of the rest of society. For whatever reason, it can seem like there is another word for everything in the boating world. Knowing the right terms can help you understand what others might be telling you, and to be understood by other boaters and officials on the water.

It is not a rope: it is a line. The origin of this term is still a mystery. Some boaters are very particular and if you ask them to help you with your ropes will act like they do not know what you are talking about. Annoying? Yes. You have been warned!

Bow and Stern = Front and Back

A bathroom on a boat is called a head. Again, how did this term come about? One theory is that in the old-fashioned days, the crew went to the bow (the front) of the boat to do their business, using a hole directly above the water. At any rate, if you have a toilet on the boat it will be called a head by just about everyone.

Any cooking area is called galley. Some believe that mariners of old cooked meals on a “gallery” of heated stones, and that “galley” evolved from poor English over the centuries.

The rubber tube hanging off the sides of a boat to protect them from docks and other boats is called a fender. As with ropes, calling these “bumpers” can invite haughtiness, so remember—there are no bumpers on boats.

Port and Starboard = Left and Right

Port is left and starboard is right. To create a universal distinction between left and right, sailors have adopted the terms port and starboard to indicate the left and right sides of the boat from the perspective of the captain (looking forward). This can prevent confusion, for example, when two boats are approaching one another and the captain on the radio says, “please move to the starboard.” There’s no confusion about whose left and whose right is being addressed.

Helm is the term that refers to the area from which the boat is steered and otherwise commanded. The term comes from an older English word that means “rudder.”

Knots are the way boat speed is often measured — more so on larger crafts than on speed or ski boats. Knots measure nautical miles per hour (1.151 MPH).

Do not be intimidated. It is a learning process. These terms did not become standard boat language overnight; it took hundreds of years. It might take you a little while to remember them all. Captain Phil still uses the terms right and left when he is on the water